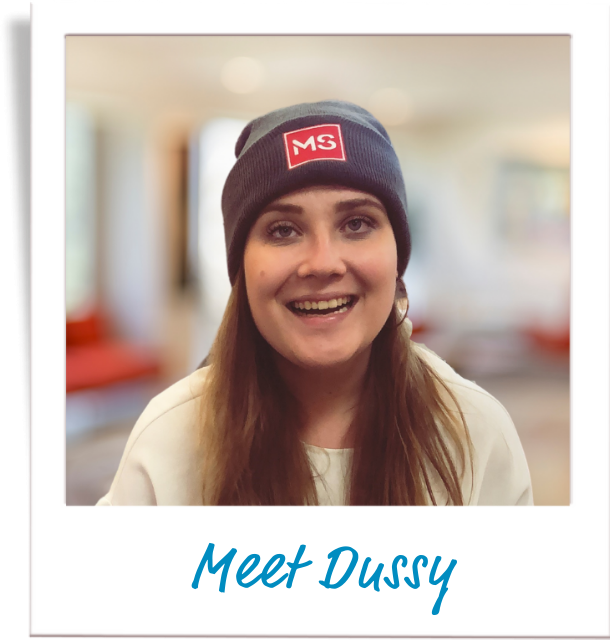 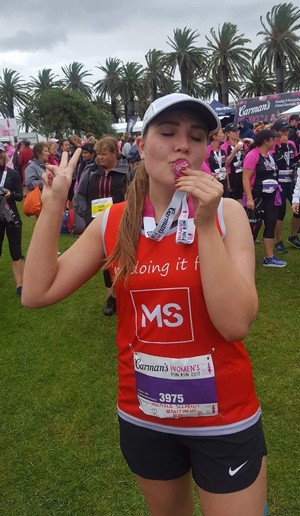 Dussy had never considered herself a runner, up until a few years ago when she decided to take on a public fun run 10KM to raise funds for people living with multiple sclerosis.

Not only has she built running stamina, she has also built up her fundraising talents. As a member of the MS Fundraising Team we could say Dussy had a head start when it comes to fundraising, but Dussy admits she has learnt a lot since beginning to fundraise in 2017 and believes her success is due to her passion to help people living with the disease.

To follow on from her 2017 success Dussy returned with an even bolder plan – to complete her first ever half marathon! Dussy set up a Do It For MS fundraising page to collect donations and set off on her way. What followed was three months of intense training, plus cleverly curated inventive ways to reach her $5000 fundraising goal.

Her fundraising also included running a trivia night and she was thrilled when the Caulfield RSL offered her a free event space and donated equipment and raffle prizes. Support came from all directions with colleagues, family, local businesses and friends all donating their time and prizes to make the trivia event possible. The trivia night contributed to more than $3000 of her fundraising total!

Dussy used social media and email threads to update work mates and friends with hilarious photos of her grueling training regime. Dussy stresses how important reaching out to people saying:

“when people know you are passionate, they are willing to help.”

In 2019 Dussy took on the MS Red Centre Adventure and, in addition to online donations and a work raffle, she added a new fundraising opportunity to her repertoire – the good old Bunnings sausage sizzle!

Overall Dussy has raised more than $10,000 for MS since she began her fundraising in 2017 by pushing herself physically and creating inventive and quirky ways to involve those around her. Each small initiative has contributed to the larger successes Dussy has achieved. For Dussy it has been an amazing and eye-opening experience about how willing people are to help and how the smaller things make up the bigger picture.

And now, she loves to run.

You can fundraise for MS year-round! A great way to do this is to pick one key challenge a year and run community activities between your challenges.

Reach out to local businesses and ask if they would consider hosting an MS Donation Tin for you.