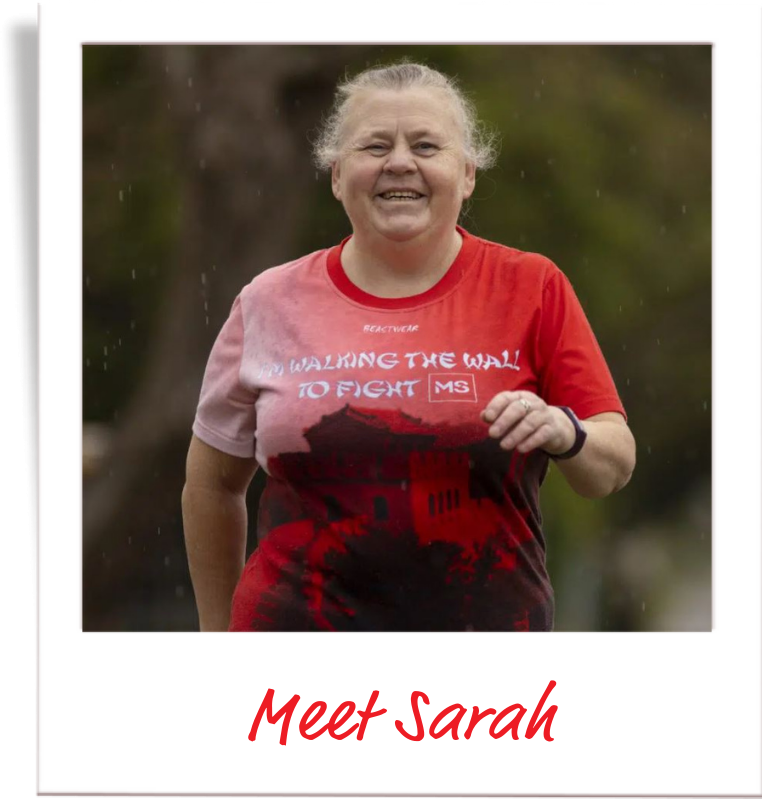 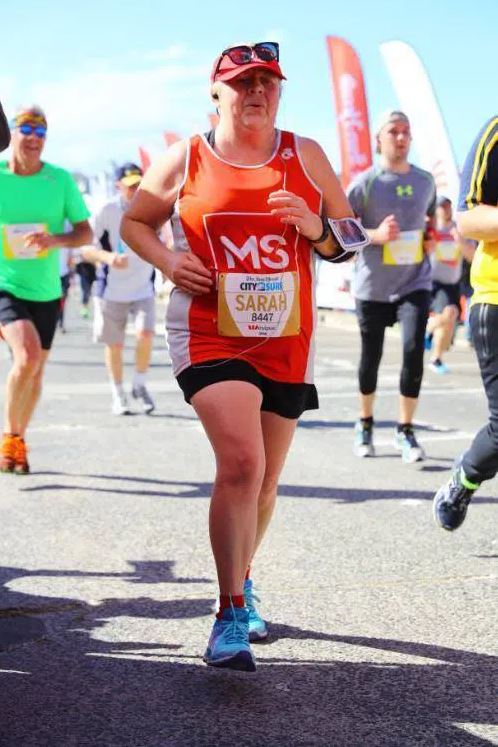 Sarah Williams was diagnosed with MS thirteen years ago during a normal workday.

Sarah got confused, her speech started slurring and her eyesight went. Doctors initially thought she had suffered a stroke and Sarah was sent for a CT scan to rule out anything more sinister.

“That same day, they came back to me and told me I had MS and that they’d found more than 20 lesions on my brain. I was totally shocked.”

Despite the symptoms appearing minimal, MS has many behind-the-scenes afflictions that aren’t noticeable just by looking at Sarah.

Rather than letting the disease beat her, Sarah has vowed to move on and keep active for as long as she can. Since being diagnosed, Sarah has completed three City2Surf runs, three Blackmores Sydney Running Festivals, two Hill 2 Harbour runs, two Lake Macquarie Running Festivals and one Sydney Harbour 10k run, plus eight MS Walk Run + Roll events!

In 2018, Sarah joined the Walk the Wall to Fight MS challenge, travelling halfway around the world with MS and Soulful Concepts on her first ever overseas adventure to China and raising $3,559 for MS.

“I didn’t think I could do something like China because my speech plays up and I can’t communicate well. The first day was hard. I was so overwhelmed because I couldn’t comprehend Iwase actually there. I cried and cried.”

After successfully completing the Great Wall of China, Sarah’s drive to keep fighting and set more goals saw her sign up for the MS Red Centre Adventure, trekking the Larapinta Trail in June 2019 and raising a further $3,230 for MS!

Sarah has a life motto that keeps her going when things get tough: “I have MS, but that’s not going to stop me.”

Sarah knows that the way her multiple sclerosis has manifested itself means her life has taken a very different path than she had planned, but she maintains that she won’t let it control her.

“I won’t give up. I won’t let multiple sclerosis beat me.”