Greg Chidgey, affectionately known as ‘the Chidge’ started his 2600km journey from Springwood, NSW to Cairns in April 2019. He set off with a single cart full of belongings and the amazing goal of raising $25,000 for Multiple Sclerosis through The Big Walk. 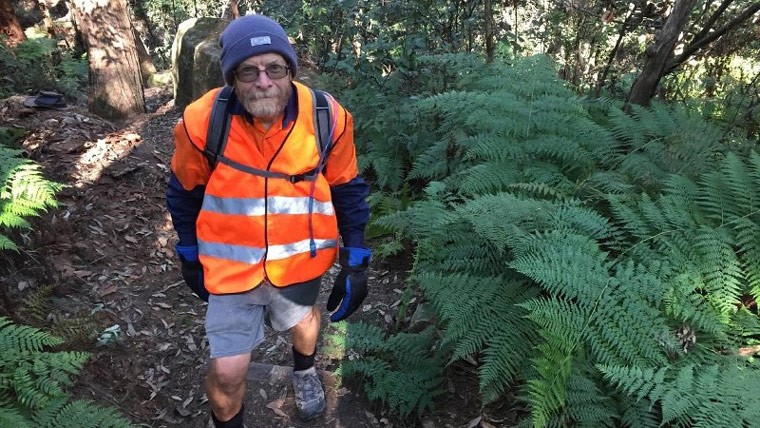 During his ambitious yet remarkable trek along the east coast, Greg made irreplaceable connections with supporters and people living with multiple sclerosis and helped raise much needed funds as well as the profile of the disease.

So why take on such an incredible feat? Greg began his journey with a close friend's wife in mind, who was diagnosed with multiple sclerosis some years ago. “I was planning to walk to Melbourne, which is only about 760km and I thought…’not enough’,” says Greg.

Before setting off, Greg spent a year preparing and running events in his local community to help start off his fundraising effort. From social events with great food, live music and an MS Ambassador guest speaker, to activities at the local school, the local community had many opportunities to learn about the disease which had become Greg’s motivation.

To keep his supporters in the loop during his trek, Greg started a Facebook page for The Big Walk which he regularly updated to share with his supporters the stunning landscapes he crossed and the kind people who offered support, food and accommodation. “I have met many people both before the walk, and on the walk, who either have multiple sclerosis or who have a relative or a friend who has it,” he said.  These people provide much need encouragement and motivation to keep on walking!

From a broken axle on his cart to a sore leg, Greg has given more than most and succeeded in his efforts to raise money and awareness for Aussies living with multiple sclerosis. Along the way many local radio and newspaper outlets reached out to Greg to ask him to share his story – this proved an excellent way to help raise awareness of the disease to even more people. With The Big Walk and fundraising now completed Greg has raised a staggering $26,189 for MS, which will provide vital support and services across New South Wales, the ACT, Victoria and Tasmania.

With an ambitious spirit and gung-ho attitude Greg has contributed an inspiring amount for those in need. His journey wouldn’t have been possible without the love, support and donations of those who have followed and helped him along the way. These contributions big and small, make Greg’s story an empowering one.

Multiple Sclerosis Limited Chief Executive Officer, John Blewonski has thanked Greg personally, stating “The funds Greg has raised so far will go an incredibly long way for over 25,000 Australians living with MS around the country – thank-you!”

Use Facebook to gather a community of supporters and direct them towards your Do It For MS fundraising page.

Engage your local community with social events and don’t forget to request an MS Ambassador to come and share their story.