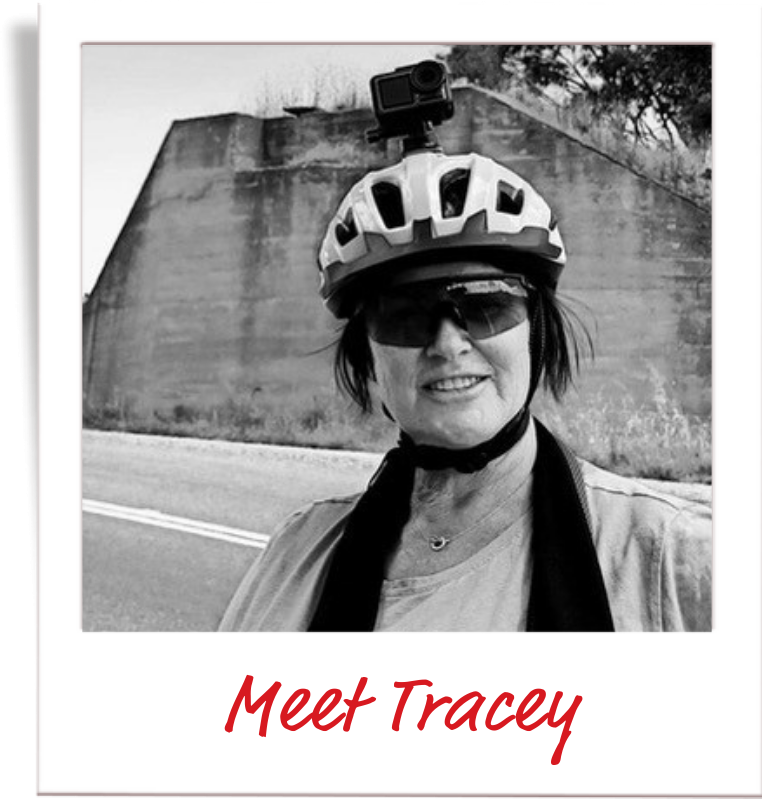 THE LONG ROAD TO ME 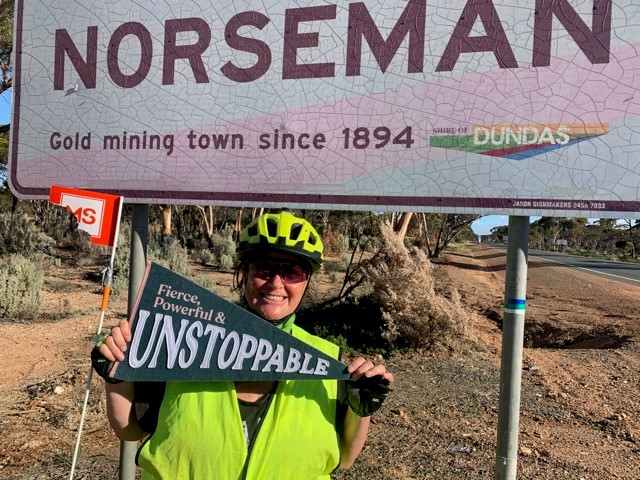 TRACEY never considered herself a cyclist, however after walking became a painful day-to-day task, she turned to bike riding and never looked back.

Tracey Ukosich was officially diagnosed with MS in 2008, 18 months after her first symptoms started.

“Initially a few little things that went wrong. My right eye became blurry, and I was so tired that I felt I couldn’t function. My doctor at the time tried to put me on anti-depressants, as being unable to function as normal was getting me down. Sometime later I developed Lhermitte’s symptoms, I thought that perhaps I had pinched a nerve.”

The final symptom Tracey experienced before her diagnosis was numbness in her legs, and pins and needles from her toes to her knees when exercising. She was then referred to a neurologist, who confirmed several lesions on her spine.

“When I first got diagnosed, I feared the worst. Making decisions were tough, and I knew that I had to focus on being mentally strong, and as positive as I could. I set about living my best life, and prioritised things that were important to me. I think I started to see life through different eyes.”

When walking became painful for Tracey, she started bike riding as a form of physical activity and fell in love.

“I wanted to ensure that my MS does not become my life, that it is just a part of it. I have very little pain when bike riding, so I chose to get on with my life in the best way that I can, to enjoy what I can, and do what works for me.”

Tracey loved cycling so much that her 20km each night soon turned into 40km, and before she knew it, she was cycling up to 100km on the weekends. Now an experienced rider, Tracey wanted to give back to the MS community the best way she knew how, bike riding. This is where ‘The Long Road To Me’ fundraising event was born.

“I decided I wanted to cycle as many rail trails as possible around Australia, and as many bike paths as I could find. I researched all the rail trails in each state and started my journey in Tasmania, with the Nullarbor as my main goal.”

Once the plan was set, Tracey commenced her training. While on one of her training trips, Tracey had all three of her bikes on the back of her car stolen whilst she was sleeping in her troopy. Due to COVID 19, there was a national bike shortage, meaning Tracey’s fundraising pursuit came to a halt.

“I was very fortunate to receive some media coverage, and thanks to some very kind and supportive people, I soon replaced my bikes and was ready for the Nullarbor once more.” 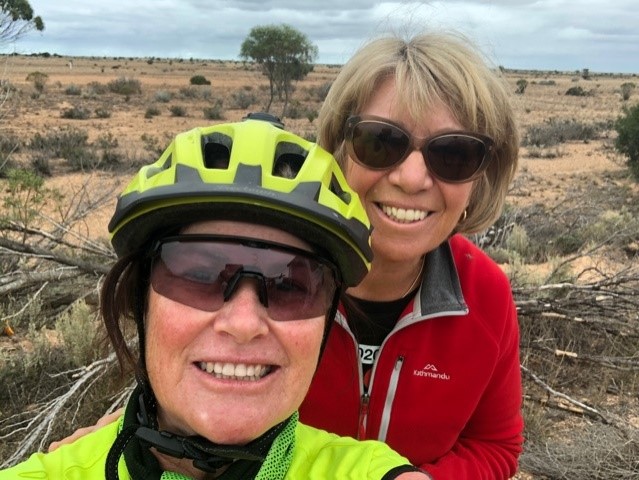 All that was left on Tracey’s to-do list was to find someone willing to drive her troopy alongside her while she cycled the Nullarbor. This is when she met Dee, through a mutual friend’s dinner, and they got to talking about ‘The Long Road to Me’.

“At first, I didn’t quite believe it, as Dee had indulged in a few champagnes at the time, however, within days, she was ringing me to confirm that she was serious about being my driver and already had the entire trip planned out.”

Tracey knew that Dee was exactly what she needed for ‘The Long Road to Me’ to go ahead. Dee allowed Tracey to concentrate on the cycling, while she focused on the logistical side of things.

Tracey was determined to complete the Nullarbor no matter how long it took. Once the route was set, they estimated that it would take Tracey approximately 21 days to cycle a total of 1200 km, allowing for some rest days in between. In the end, Tracey managed to smash out the whole journey in just 19 days, with only three of these being rest days. It was important to Tracey to finish the ride on her birthday, so she pulled some big days and kilometres leading up to make it happen.

“I was full of mixed emotions when I completed the ride. I was excited to be getting off the Nullarbor and away from road trains. I was proud of the fact that I had succeeded in what I set out to do and raised far more funds than I had originally expected. I was sad to be ending a wonderful adventure with my driver Dee, and a bit scared of the unknown. After my marriage ended, I had only been thinking about the Nullarbor and my riding. Once I finished, I was back to the reality that I was on my solo journey again, seeking out rail trails, and figuring out what would be next for me.”

Tracey and Dee met some amazing people on their journey, whose stories inspired them and support motivated Tracey to keep on going.

“From almost every person we met, I could take snapshots of their own story, and find some meaning or message that was relevant or poignant.”

Tracey was in constant contact with her local community during ‘The Long Road to Me’ fundraiser, with her local Rotary Club being one of her biggest supporters. The club matched individual member donations and helped raise awareness of her fundraiser to the community.

Tracey also set up an Instagram & Facebook page with the Do It For MS link, so she could provide live updates to her supporters along the way. She also got promotional vinyl stickers made up for her troopy, so that everywhere she went locals were aware of what she was doing and how they could support her on her journey.

“I thought I was being ambitious when I set a target for $20,000. To smash this goal and raise over $30,000 was something that I truly couldn’t believe. It just goes to show that you should always aim big.”

Since completing the ‘The Long Road to Me’, Tracey says she has discovered a lot about herself and how she views living with MS.

“I learnt that by training myself to be mentally strong, I could do just about anything I set my mind to, for as long as my body allows me to. I will not let MS rule my life or be my life. My life just includes MS.”

If Tracey could give advice to someone who is newly diagnosed with MS she’d say that the most important thing you can do is remain positive.

“Do what you can, make adjustments, if need be, and seek assistance to manage the things you struggle with. Life is not over. Sometimes we need to adjust and learn to do things a little differently.”

Tracey continues to cycle bike paths and rail trails around Australia and has now taken on a new career as a train driver assistant in Far North Queensland – a big change from her previous job as a schoolteacher.

“I have fallen in love with the sugar cane industry and am now working on the sugar trains in Far North Queensland. It’s a very physical job, but when I think it is hot and difficult, I tell myself that if I can cycle the Nullarbor, I can do this.”